Hit enter to search or ESC to close
Things to do We do a lot of sky watching at The Peninsula.

First there is the weather. There is snow on Adamson’s Peak and surrounding mountains to the west across Esperance Bay for some eight months of the year. Then there are the wind and storms that occasionally roll in from the south or across the island from the south-west wilderness. And then there are the rainbows; magical prisms of colour across the waters of the Bay or DÉntrecasteaux Channel. The biggest surprise are the many, many days bathed in sunshine. Tasmania’s so-called bad weather is something of a myth; the majority of days are full of sunshine.
On the Peninsula on these days, among the clouds, can be seen a large variety of birds including plovers, crows, kookaburras and wrens, to name a few.  Indeed an ornithologist has estimated over 70 species including Swift Parrots and possibly the even rarer Forty Spotted Pardalote. Then there are our specials – on the Peninsula we have the rare combination of Wedge Tail Eagles and the White Bellied Sea Eagle. Our trails are mapped away from their nests but Aquila Audax (Wedge Tail) is a common sight and Haliaeetus Leucogaster (Sea Eagle) is an occasional one.
In the evening, as just one part of the Peninsula Experience, there are the glorious sunsets from the cocktail deck, the houses or from one of the picnic tables such as that on Blue Rope. Everywhere we are surrounded by forest, mountains, islands and waterways. At night, sometimes armed with a mulled red in winter, we brave the cold and submerge into a bubbling hot spa and gaze upon the Big Dipper, the Pointers and the mighty Southern Cross in the clear unpolluted sky of Southern Tasmania.
Last there is the sky hunt…Aurora Australis; the Southern equivalent of Aurora Borealis.  Aurora Australis appears as a curtain of light, mostly green , sometimes red and occasionally other colours. They are the result of collisions between electrons and atoms in the upper atmosphere and the electrons receive energy from the solar wind magnetic fields. It is not a common site and you should do your homework as to when they might appear. The Aurora Australis watchers website says “As a rule of thumb, the further South and the further away from cities / towns the better your chances of seeing an Aurora are.”  The Peninsula is high on the list on both counts. 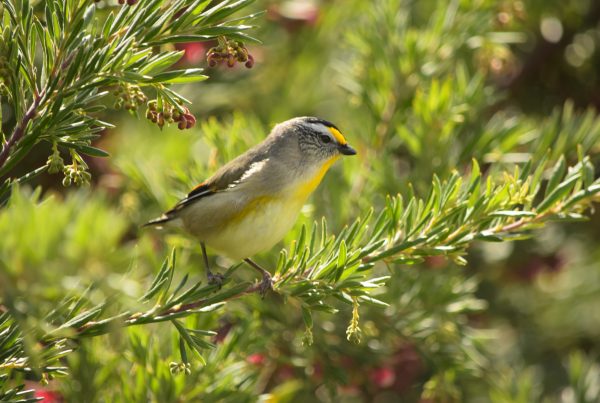